Visit our Websites in ...

Since 1988 CGTech’s product, VERICUT software, has become the industry standard for simulating CNC machining in order to detect errors, potential collisions, or areas of inefficiency.

It is used by companies of all sizes, universities/trade schools, and government agencies in more than 55 countries. VERICUT enables you to reduce or eliminate the process of manually proving-out NC programs. It reduces scrap loss and rework. The program also optimizes NC programs in order to both save time and produce higher quality surface finish.

VERICUT simulates all types of CNC machine tools, including those from leading manufacturers such as Mazak, Makino, DMG / Mori Seiki, Okuma, etc. VERICUT runs standalone, but can also be integrated with all leading CAM systems.

How Much can you Save on Prove-Outs with VERICUT?Click here to calculate your savings Why use VERICUT?Learn why VERICUT is better than internal CAM verification User Story - Avoiding Crashes with SimulationJemco Components and Fabrication Inc. Download the VERICUT brochure (PDF) 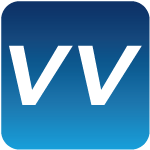 VERICUT is a 3D solids-based software program that interactively simulates the material removal process of an NC program. The program depicts multi-axis milling/drilling as well as multi-axis turning and combination mill/turn machining. It enables you to verify the accuracy and quality of your NC program. Inefficient motion or programming errors that could potentially ruin a part, damage the fixture, or break the cutting tool can be corrected before the program is run on an CNC machine tool. 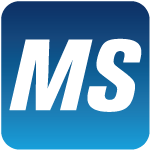 VERICUT shows material removal at the workpiece level, but can also simulate entire machine tools as they appear on a shop floor. Machine Simulation detects collisions and near-misses between all machine tool components such as axis slides, heads, turrets, rotary tables, spindles, tool changers, fixtures, work pieces, cutting tools, and other user-defined objects. A user can set up near-miss zones around the components to check for close calls, and detect over-travel errors.

Some newer CNC controls provide transformation routines that enable the NC program to be independent of the machine’s physical axes configuration. These features require VERICUT to read the NC program and do the same transformation in order to move the “virtual” axes. Some of these complex transformations establish a new secondary coordinate system, such as TRANS, ROT, ATRANS, and AROT on the Siemens 840D control, or CYCLE DEF 19.1 on the Heidenhain TNC control.

Some transformations allow programming in a virtual “workpiece” coordinate system, such as TRAORI on the Siemens 840D control, or M128 on the Heidenhain TNC control. Other control transformation features enable work offsets to dynamically adjust axis positions based on rotary axis positions, such as Fanuc’s G54.2.

Machine tools that automatically transfer the workpiece from one fixture or machining station to another (such as between the main spindle and sub-spindle of a lathe, for example) require a more complex simulation. Clamp and unclamp the workpiece with fixtures or other automatic work holding devices. VERICUT also has the ability to simulate automatic transfer of the machined stock between fixtures. In turning operations, the stock can be divided into two pieces, such as when a piece is clamped in a turning center’s sub-spindle and cut-off.

The Index mill/turn machining centers use a unique programming approach to control and synchronize different axes groups, called “channels.” Index’s multiple channels are programmed using a main program which calls sub-programs for each channel. In the VERICUT simulation, the axes for each sub-system (channel) is driven by a sub-program which is synchronized with another sub-system driven by a different sub-program.

Some newer CNC controls allow programming a machine tool’s rotary axes by specifying the cutting tool’s orientation relative to the workpiece using IJK vectors, rather than the traditional direct programming of the A, B, or C axis angles. The CNC control is doing the work typically done in the post-processor. Simulation of this motion requires the equivalent calculation to drive VERICUT’s virtual machine axes. Advanced Machine Features enables VERICUT’s IJK-to-ABC calculation function.

Turning operations which are not symmetric about the lathe spindle, such as crankshaft turning

Some machine tools orient the tool axis using a linkage mechanism rather than the traditional rotary axes. This is commonly called “parallel kinematics.” VERICUT specifically simulates the Ecospeed® tripod head from DS Technologies. Other kinematics are available upon request.

VERICUT supports commanding machine components to move until they contact other components. For example, using this feature it is possible to simulate a turning center bar feed action where the workpiece feeds out until it contacts a bar stop, or simulate automatic workholding devices such as a programmable steady rest that advances it’s rollers until they touch the workpiece.